How Not to Do an MX5 Turbo

motoadmin Posted on December 2, 2014 Posted in MX5, Tech No Comments

We try to highlight the nice things we see, but being a full service facility we sometime see some real train wrecks come in through the door. In this case, we had an MX5 that had all the tell tale signs that  it has been put in the wrong hands.

Customer called us, chief complaint being that despite a $6,000 turbo system, and thousands more in labor, final HP output was just barely over stock –166 WHP. Over 200 torque down low, but low HP. Thinking it was the “calibration” from another tuner, he brought it over. Our first instinct was that no matter how bad the tune, you simply cannot make less than 220-240 WHP on this car at 10 psi. So we went to work.

First, we checked the basics. Compression turned out fine, datalog showed plenty (too much…) timing, lean but manageable AFRs, and nothing that stuck out as causing a 100 horsepower deficiency. Next and final step was checking the cam timing. Sure enough–cams were out of phase by more than 5 degrees. Turns out the shop that did the installation sold him on a head stud upgrade as being “necessary,” whereas any MX5 expert would tell you that is absolutely not the case. As suspected, the crank bolt was never changed, there was no diamond washer, and the cam timing was off. After a few days we had the cam timing set, proper new bolt and washers installed, and with a quick re-tune the car was off making a good 100 hp more. In addition to the installation issues, there was quite a bit of other things we had to rectify to get it going correctly. 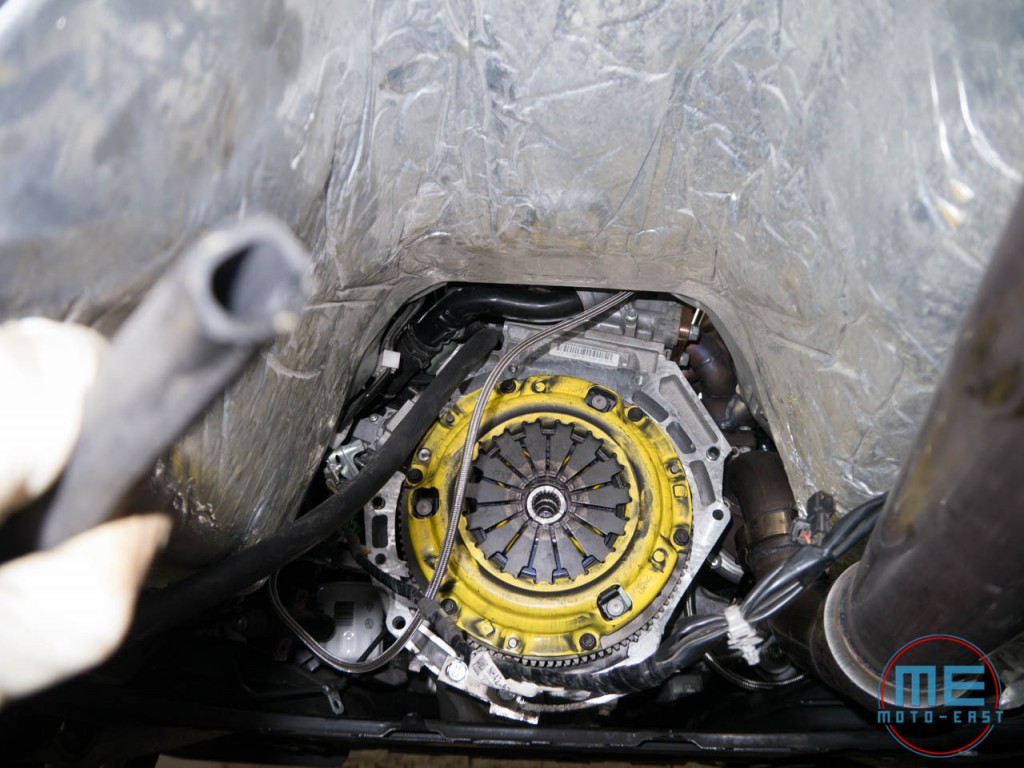 Mystery hose above is actually from the PCV on the intake side. Previous shop left it hanging towards the back with no catch can. After all, what can possibly go wrong when you spew oil all over the exhaust? 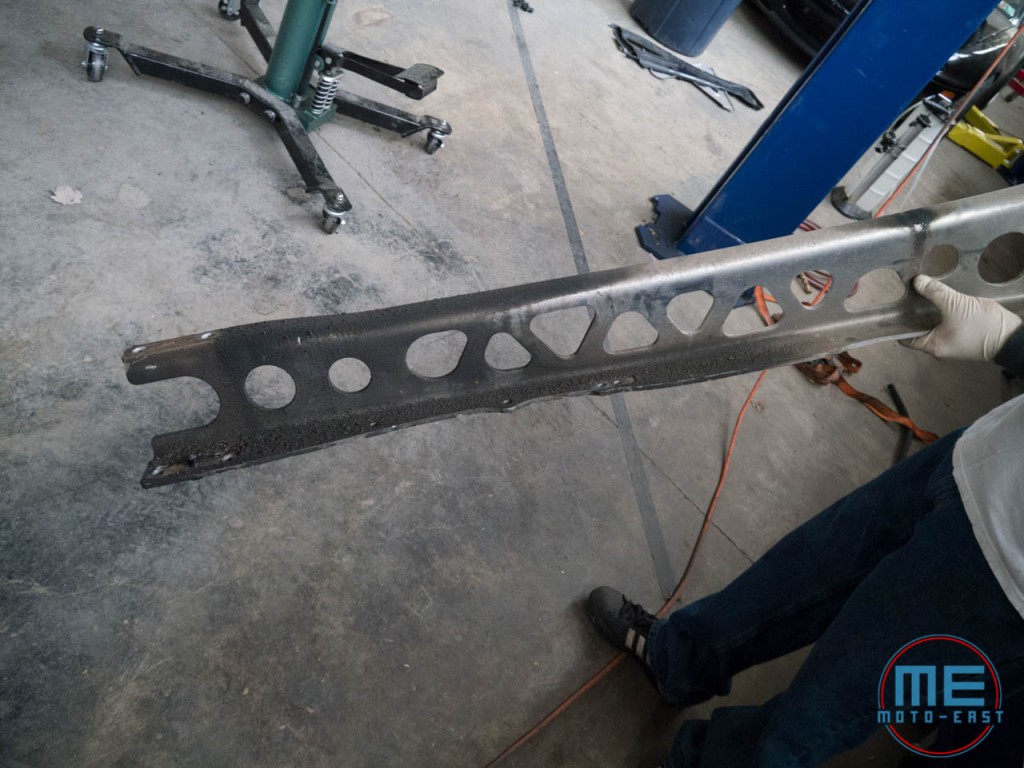 Chris holding the PPF frame–all that baked on oil was all over the back half of the car. We cleaned it as best as we could to reduce the fire hazard. 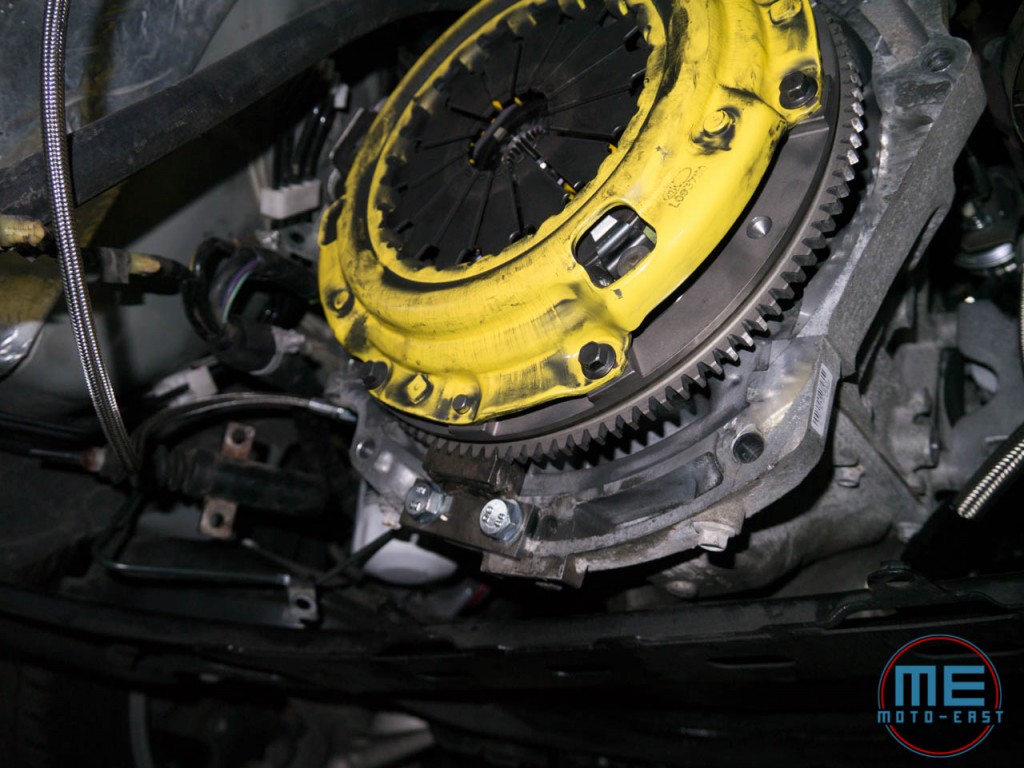 Here you can see us using a flywheel holding tool to keep the crank locked during the final bolt tightening. This motor was an oddball. No tool would fit in to the bind plug hole. For some odd reason, both the length and thread pitch of the bolt were different than any NC1/NC2 motor we have seen (including the forged crank!). We tried turning down a zetec tool, but it not only chewed through our lathe bits being tool steel, but also destroyed itself since it was hollow at the threads. Since we only had a few days with the car before it went cross country, we elected to pull the trans and lock it down the hard way to ensure 100% accuracy. Yes, more work. But worth every penny when you’re this far into it. 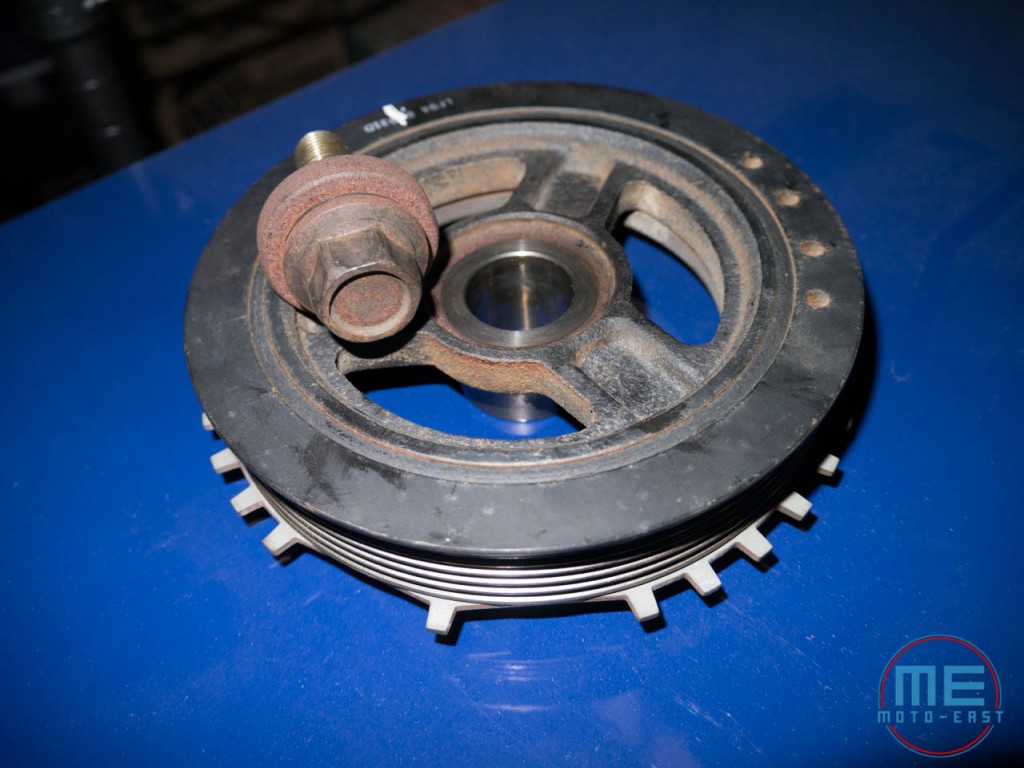 This is what third party shops do when they don’t know the mazda/duratec platform. Original OEM crank bolt re-used, no diamond washer. Even if it was timed correctly (which it wasn’t) it would have slipped possibly causing major damage. We put together all of our motors with new bolts and diamond washers as called for by the OEM in the updated service manuals. Crank bolts are stretch bolts, they cannot be reused. 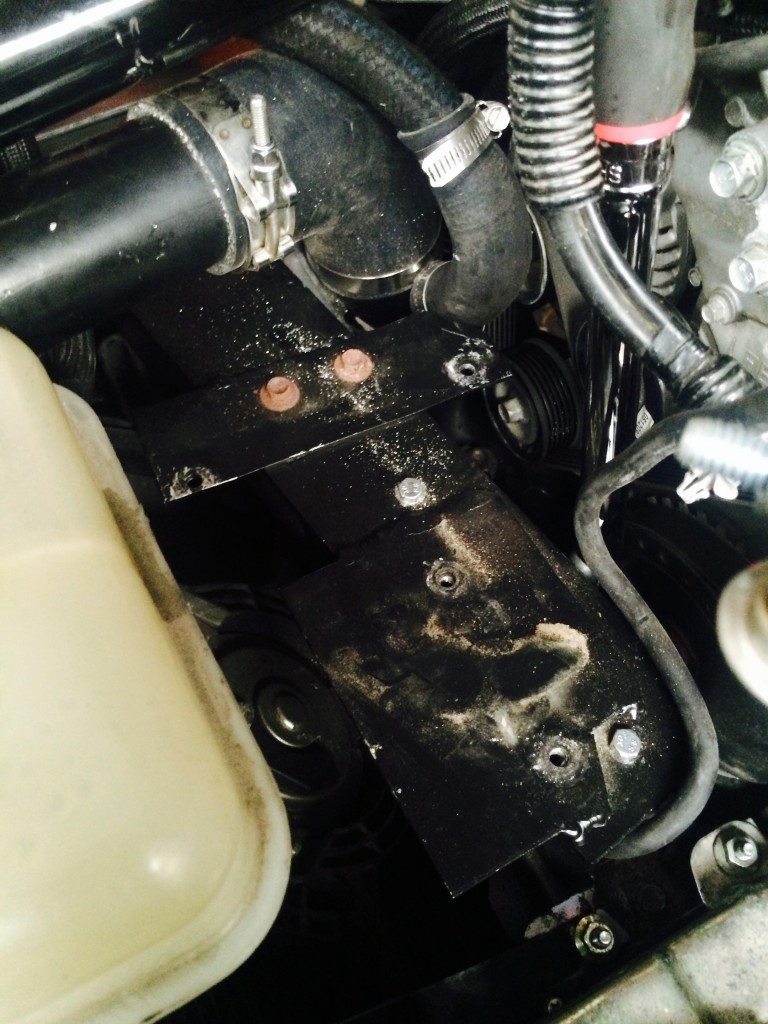 We’ve seen some good kits, and some bad turbo kits. This one was awful. This “battery relocation bracket” is nothing more than a heavy u channel you’d more likely see at tractor supply than in a modern import. The “cross” plate was chewing into the BOV hose badly enough to slice it. We cut the tip of the plate off (pictured) to prevent further damage. I’m not sure how anyone could ever release something like this…but then again…. 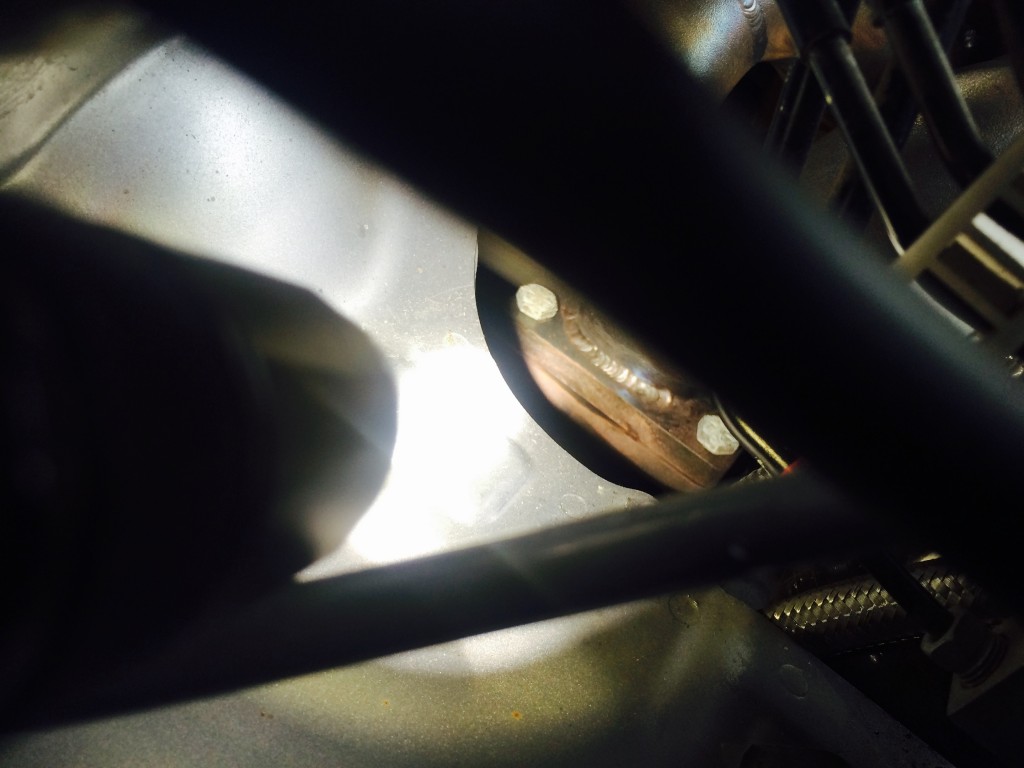 What you’re seeing here is a cheap plasma cut 1/4″ flange. Not just sloppy, but a 1/4 flange should never be used on a turbo flange like this. It warps and can crack easy, here you can see a leak already developed.

Not pictured is the grossly undersized K&N filter with a PCV fitting on the end. This caused pressure to pull down on it, and cracked the filter. The PCV then leaked tons of unburned fuel and oil vapors into the intake tract to make things worse. Luckily we were able to quickly make a baffled catch can and install one of our air filters to eliminate the source of contamination. And fortunately for the customer there was only a couple thousands miles on the car when he brought it over. So with that being the case, we were able to resolve many of the issues in-house and get him back on the road.